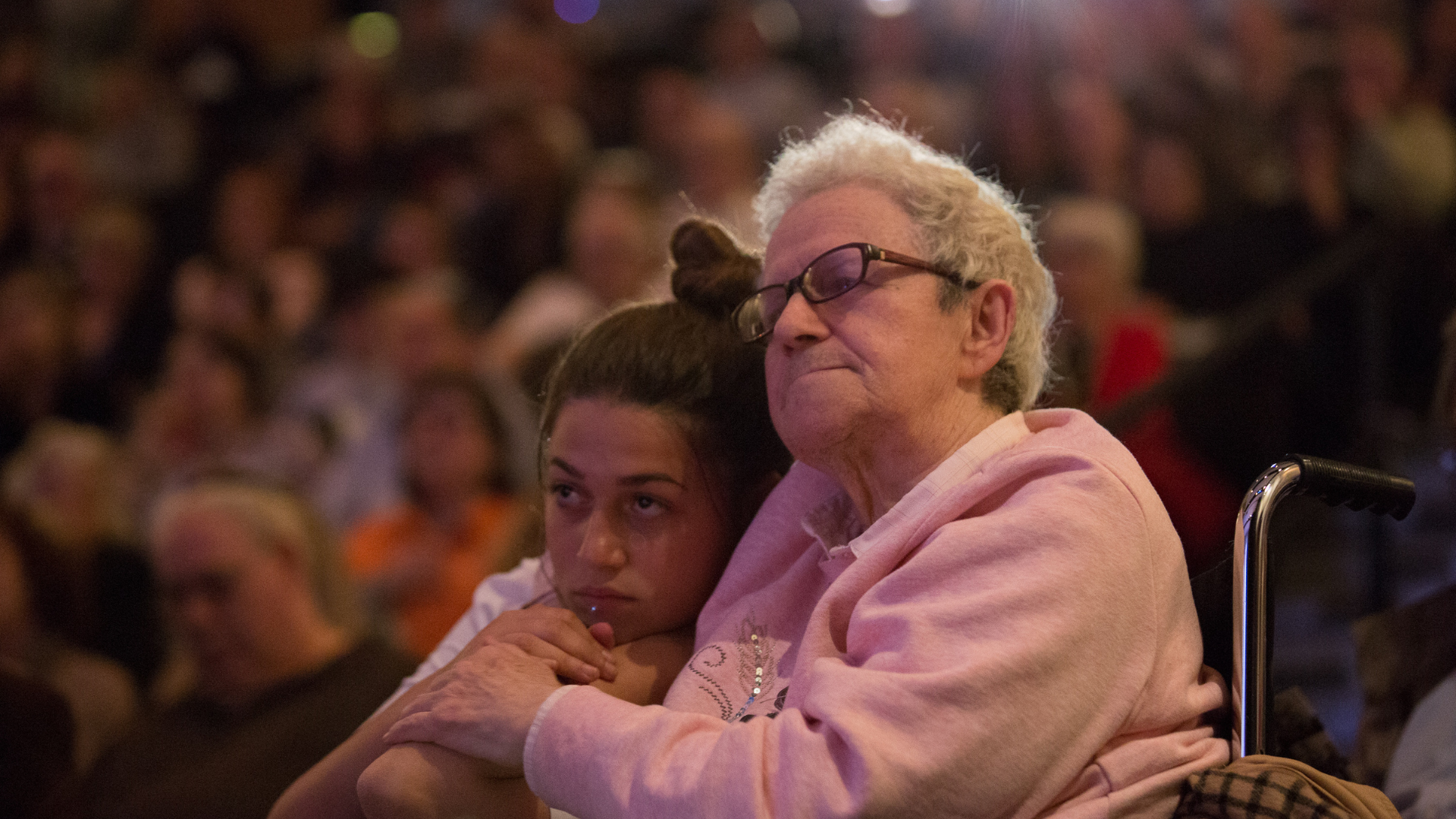 Recordings of several of our past events are available on our YouTube channel.

Pink Triangle Legacies: Coming Out in the Shadow of the Holocaust
an event for International Holocaust Remembrance Day

Join us as historian Dr. Jake Newsome tells the dynamic and inspiring history of the LGBTQ+ community’s original pride symbol by tracing the transformation of the pink triangle from a Nazi concentration camp badge into a widespread emblem of queer liberation, pride, and community. Drawing from unexplored archival sources and original interviews, Dr. Newsome showcases the voices of LGBTQ+ Holocaust victims and a rich tapestry of queer lives who found meaning in the pink triangle in a post- Holocaust world. The presentation will be followed by Q&A and a book signing. Books will be on sale at the event.

Based on Perseverance: One Holocaust Survivor’s Journey from Poland to America
Performances April 15 and 16, 2023 at New Hazlett Theater Center for Performing Arts
Streaming April 24-May 7, 2023

The Holocaust Center of Pittsburgh is proud to partner with Prime Stage Theatre for our third year of producing original plays in honor of Genocide Awareness Month. The world premiere of Perseverance brings to the stage a powerful memoir of healing and renewal.

Few visitors to the G&S Jewelry Store in Pittsburgh’s Squirrel Hill neighborhood during the 1960s and ’70s were aware that the cheerful proprietor, Melvin Goldman, had spent his teens enduring the horrors of Auschwitz before arriving as a penniless refugee in postwar Pittsburgh intent on reshaping his family’s destiny.

Adapted for the stage by L.E. McCullough from the book by Melvin Goldman and Lee Goldman Kikel, Perseverance: One Holocaust Survivor’s Journey from Poland to America, this play depicts Goldman’s irrepressible spirituality, unflagging love for humanity, and perseverance as he worked to replace Darkness with Light, one shop patron at a time.

Link to Register Your Class

*One Free Chaperone Ticket for every 20 student tickets purchased