Teaching the Holocaust Through Theater

Teaching the Holocaust Through Theater 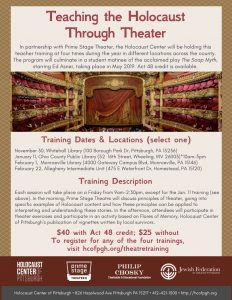 In partnership with Prime Stage Theater, the Holocaust Center will hold this teacher training at four times during the year in different locations across the county. The program will culminate in a student matinee of the acclaimed play The Soap Myth, starring Ed Asner, taking place in May 2019. Act 48 credit is available.

In the morning, Prime Stage Theater will discuss principles of theatre, going into specific examples of Holocaust content and how these principles can be applied to interpreting and understanding the stories. In the afternoon, attendees will participate in theatre exercises and participate in an activity based on Flares of Memory, the Holocaust Center’s publication of vignettes written by local survivors.

This training is generously sponsored by the Philip Chosky Charitable Educational Foundation. 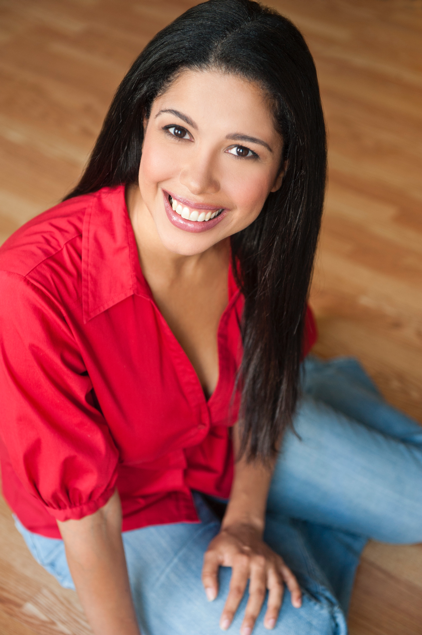 Delilah Picart: Delilah Picart is a professional actress, and has lived in Pittsburgh for 14 years.  She began acting when she was 8 years old, and attended LaGuardia High School of Music and Art, then Hunter College.  She became a member of Puerto Rican Intercultural Drama Ensemble (PRIDE) in 1992 and performed extensively at the Nuyorican Poets Café.  She also became a member of LAByrinth Theatre Company in 1994 and appeared in productions at HERE and Center Stage in NYC.  Since moving to Pittsburgh, she has worked on movies, including a featured role in “Jack Reacher” with Tom Cruise in 2012, and several commercials, including PA lottery and Giant Eagle.  Currently, she is the stage director for the JCC Middle School musical and the Summer Performing Arts Camp. 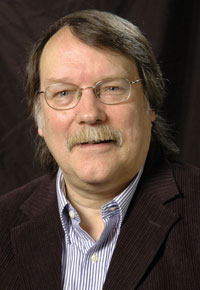 Wayne Brinda: Wayne is Co-founder and Producing Artistic Director of Prime Stage where he directed Treasure Island, The Outsiders, Twelve Angry Men, I Never Saw Another Butterfly and The Terezin Promise, and the premiere of The Giver. He is Associate Professor of Secondary Education at the University of Pittsburgh Bradford where he teaches and conducts research on adolescent literacy. Prior to Pitt, he was Director of Playhouse Jr., Assistant Professor in the School of Education at Duquesne University, an instructor at The Oakland School, and Director of the Senior School Theatre Department at Sewickley Academy. As a Museum Teaching Fellow at the US Holocaust Memorial Museum in Washington DC, Wayne produces several Holocaust theatre productions and conducts presentations on using literature and theatre to teach the Holocaust. Locally, he has directed for Apple Hill Playhouse, Little Lake Theatre, Red Barn Theatre in Allison Park, and South Park Theatre. 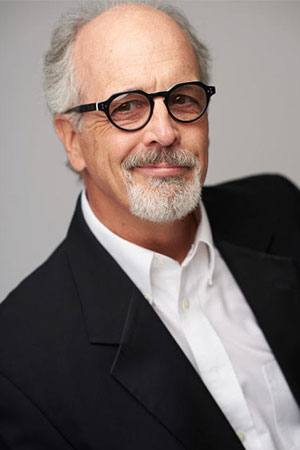